Google recently redesigned a number of their sites, including Google Maps. One of the things they did was make a subtle inset effect on the map, so it looks slightly below the header and sidebar. 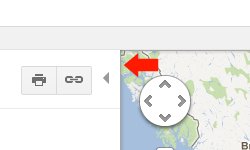 That’s pretty nifty. So of course I immediately set about stealing it.

From what I can tell from sorting through the code (note: looking at a Goggle app’s code is not for the faint of heart), that isn’t a box shadow. It’s a set of 5 div’s with extremely small widths, each with slightly decreasing opacity. When I saw that I threw up in my mouth a little bit. There are limits to what I’ll do to my page markup for eye candy, and that crosses the line by about 4 divs.

Here’s my take on that effect. First, a header, aside, and map. 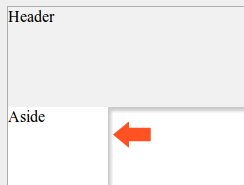 I'm too sexy for this blog.

There’s nothing you haven’t seen before - some absolute positioning to get the middle content to act like it’s a desktop app and resize the width and height to the browser size. The only two specials bits are:

I have the code up on JSFiddle if you want to...fiddle.

This is a much simpler and more semantic way to make that effect. The down side? You won’t see the shadow in oldIE (<9). I’m OK with that - it’s apple-polishing, not a critical function. Plus, it almost goes without saying that oldIE can suck it. Almost.