We'll get everybody together in a room. I mean everybody! The brains will be so close together they will practically be touching. Ideas will fly and ricochet off those domes like ping pong balls on amphedamines! It'll be like The Perfect Storm for brains. A...brainstorm! -- Imbecile 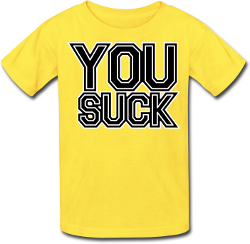 The brainstorming concept is generally attributed to an advertising executive from the 1950’s named Alex Osborn. Through the kind of rigorous scientific experimentation ad execs are famous for, Osborn concluded that people working in groups following a few brainstorming guidelines come up with twice as many ideas as people working alone. Brainstorming soon spread across organizations around the globe. Ad execs must have been held in higher esteem in the 1950’s.

There are a number of different reasons why this happens. People think less clearly in groups. There's social loafing, there's diffused responsibility. Group think tends to lead to less creative ideas (and worse decisions). But the point is this: brainstorming sucks really, really hard.

Want someone to come up with more and better ideas? Buy her or him a plant and stick it on their desk. Seriously. That’s been scientifically shown to work better, and a good smelling plant can clear out a lot of nerdfunk.