Should we still support IE7?

One of the most common refrains you will hear from a web developer or designer is “When can I stop supporting the flaming pile of poo that is Internet Explorer [insert any version pre-9]?” 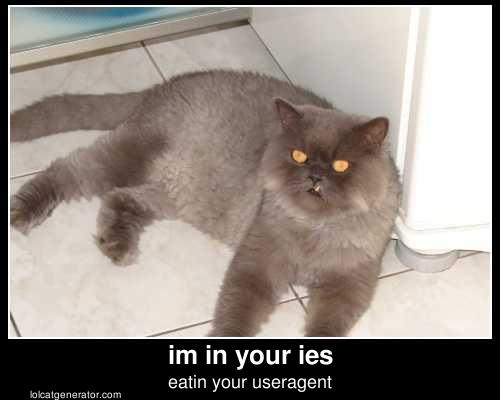 For Internet Explorer 6, that happened a while ago. Believe it or not, people are still using it. I checked Google Analytics for GeoPortal, and a whopping 0.03% of users are still using that ancient crashware-turd of a browser. There is good reason to suspect IE6 users won’t be able to figure out how to contact you and complain about your site not working, so it is safe to write it off. But what about IE7? I recently ran into some IE7 rendering problems on a project, and when the usual hacks didn’t work I had to decide whether it’s worth breaking out the blowtorch.

IE7 is down to 4% usage worldwide, and 5% in the states. A quick googling of “drop internet explorer 7 support” will reveal a lot of sites and projects have dropped it or are in the process of doing so. Aside from making for a bad user experience and holding back the web in general, the #1 reason is expense.

Within a week it was painfully obvious that for every great idea we came up with we had to create equally terrible hacks to support IE7 or even IE8. Supporting variants of IE can easily increase design work by 30% to 100%, but complex features can easily double (or even triple) development time. It doesn’t take many developer salaries before this “IE tax” can cost you well over $100,000. But the money you lose as a start-up pales in comparison to the time and energy lost.

Of course, regional browser usage doesn't translate to users of your site. We get a lot of traffic from government and people employed at banks, two groups that are only a notch or two above Amish when it comes to technology. I figured the percentage of IE7 users on GeoPortal would be >20%, and I decided before I looked that 10% would be my cutoff point for future testing. I came to 10% because: I checked Analytics and I was met with a pleasant surprise: IE7 usage on GeoPortal is at 9.37% and falling. I'm below the 10% threshold, if just barely. Good enough.

For a while now I’ve had a yellow strip of warning on the top of many of my sites for IE<8 (the HTML5 Boilerplate one), strictly for user experience reasons. Now it’ll be there for I-don’t-test-on-IE7-it-may-not-work reasons, and I can take my dedicated IE7 testing VM, load it onto a rocket, and fire it into the sun.