95% of strategic planning is crap, with a margin of error of ~5%. I have had a hand in a number of strategic plans and I have come to revile almost every aspect of them. Rather than regale you with a long list of woe, here are my top two gripes:

So. Guess who got put in a group tasked with creating a new strategic plan? 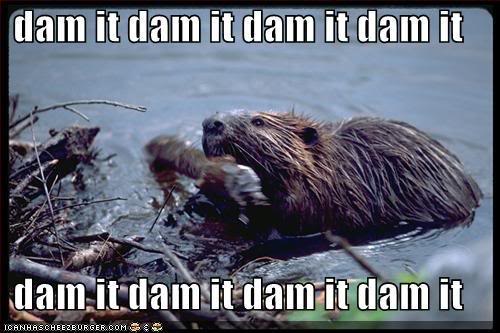 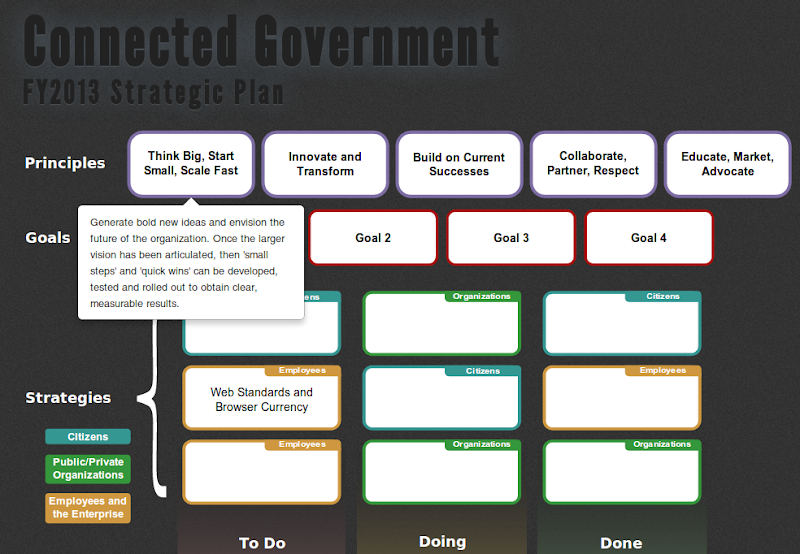 You don’t need a strategic plan. You need a dashboard. An interactive dashboard that you can see on your computer, you can print on a piece of paper, you can put on the giant TV you wish you had in your common area. It can go everywhere. It’s easy to understand. One page. Every quarter, take an hour and update the sucker. Everybody is on the same page. It shows where you are going. It shows what you are doing. A strategic plan than is actually useful. Booyah. Done. If you really want to make a 40+ page document in addition to this to stick on SharePont for historic or masochistic purposes, feel free. Just don’t tell me about it.

CAN I PULL OFF THIS MAD STROKE OF GENIUS?! Ah, no, probably not. But the idea that I could is going to get me through the next 6 months without clearing out my liquor cabinet.

*Plus, I kinda wanted an excuse to fool around with D3. Alas, this ended up not being the project for it. I made the SVG in Inkscape and used a tiny bit of jQuery and Bootstrap to do popovers. Sigh.