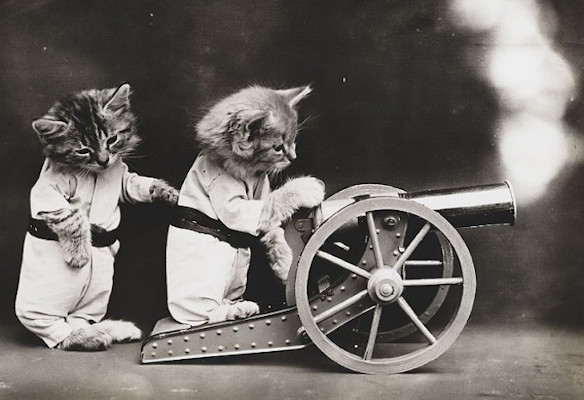 Ah, my trusty tile cannon. It has been blasting tiles at screens for Mecklenburg since 2012 with such reliability and blazing performance that I sometimes write its uptime stats on a rolled newspaper and use it to beat my Esri-using colleagues when AGS goes down.

Naturally, I had to rewrite it.

There wasn’t one. But there were some things that could be better.

The new bits are up on Github. Although the tile route has changed slightly - you can now list the database with the .mbtiles extension and you no longer add the extension for the file output - the old way works too. This is to mitigate the aforementioned face plants without breaking current apps.

So now you can do this:

All in 80 lines of code, a few less than the last iteration. Working with a project where the code base is small enough to jam the entire thing in your head at one time is a rare treat.

About the Faster Thing

I was able to ramp up the performance a good bit over the last iteration. I did a lot of spaghetti throwing here, but it mostly came down to two things, in order of importance: going straight at SQLite, and switching from Express to Fastify.

Going straight at SQLite rather than through node-mbtiles sped things up a measurable amount, probably by removing some overhead (node-mbtiles does a lot of stuff I’m not doing). But the biggest and most significant change was using SQLite3’s caching.

node-sqlite3 has a built-in database object cache to avoid opening the same database multiple times. To use the caching feature, simply use new sqlite3.cached.Database() instead of new sqlite3.Database().

Fastify is ~2x as fast as Express if you believe in benchmarks, but I doubt Express was much of a bottleneck in this scenario. So…maybe I picked up a little here? I like Fastify anyway, and it does have fast in the name.

The new server handled that load in 2.044 seconds, with a mean response time of 10.222ms and a max response time of 61ms. It’s also a flatter response curve, with a 51ms difference from mean to high. 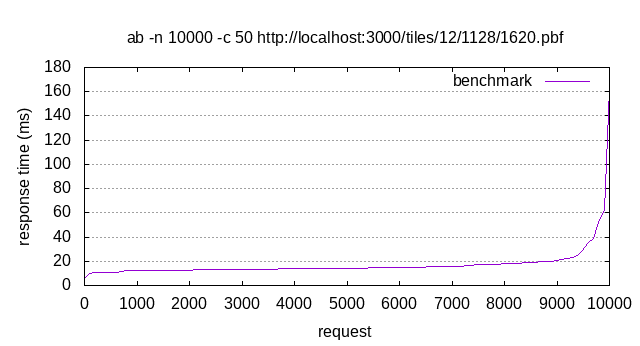 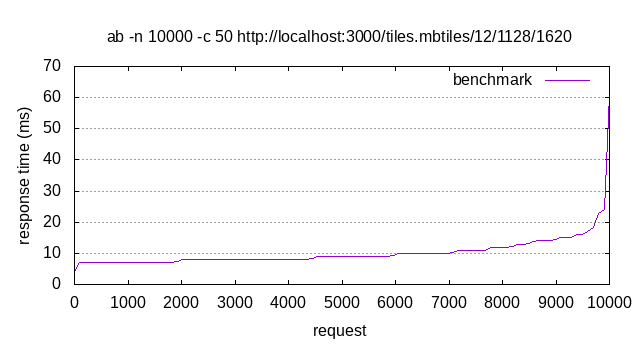 The new bits are up on Github. File an issue if something terrible happens.

I’d be remiss if I didn’t credit Chris Helms for the original mbtiles-server project, from whence my fork sprang, and without which I’d have been lost in a sea of swearing. Please spray any praise for my little tile cannon in a wide enough arc that some of it ends up on his shirt.